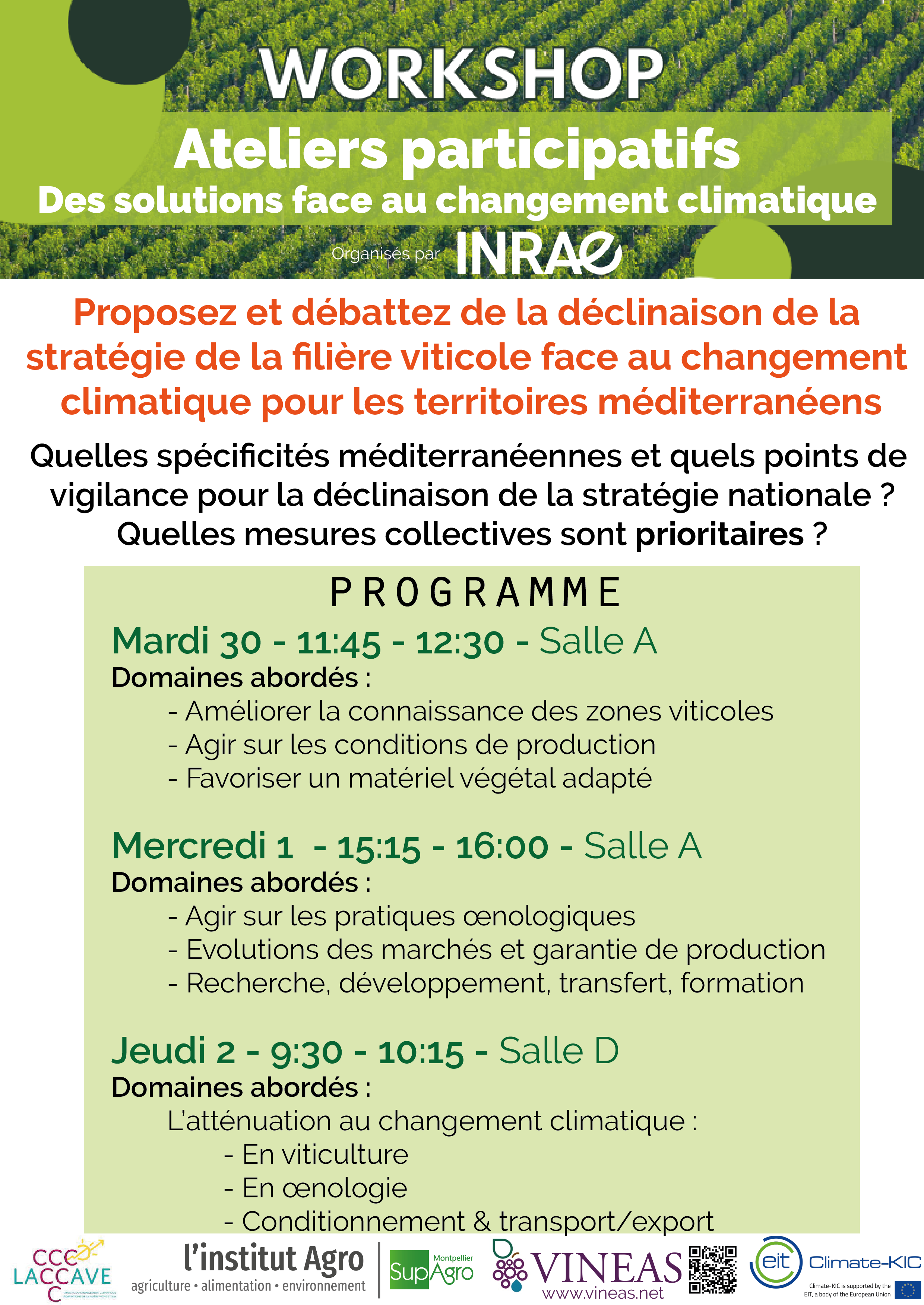 This unique format is offered as part of the MEDCLIV project, which aims to experiment participatory actions and as an extension of the conference on the adaptation of viticulture to Climate Change in the SITEVI.

Context & objective: The LACCAVE project, which brings together research on issues related to climate change and vines and wine, held its final seminar at the end of November 2021. The strategy of the wine sector in the face of climate change was published in summer 2021 and is based on the participatory and prospective work of LACCAVE. To become operational, this strategy must be implemented in the major wine-growing regions based on local specificities and the priorities of the players. The objective of this series of workshops is to begin to draw up a variation of the national strategy into a Mediterranean strategy for adapting to climate change for the vine & wine sector by going beyond current initiatives. The 3 workshops of 45 minutes offered participants the opportunity to decline and discuss measures to adapt & mitigate to climate change in the vine and wine sector. After a quick presentation of the national strategy for adaptation to climate change for the sector (and the approach), the participants worked in small groups to decline each of the families of measures then present them to the group before a debate where everyone is able to express from the point of view of the relevance, the effectiveness, the justice of these measures as well as on their priority.

In parallel with the workshops, visitors to the INRAE/IFV stand were able to express themselves on the measures they consider to be priorities and which will have been proposed during the workshops. This first step can be continued in different frameworks and will be shared with whoever wishes to take it up.