Adaptation and Mitigation plans and strategies 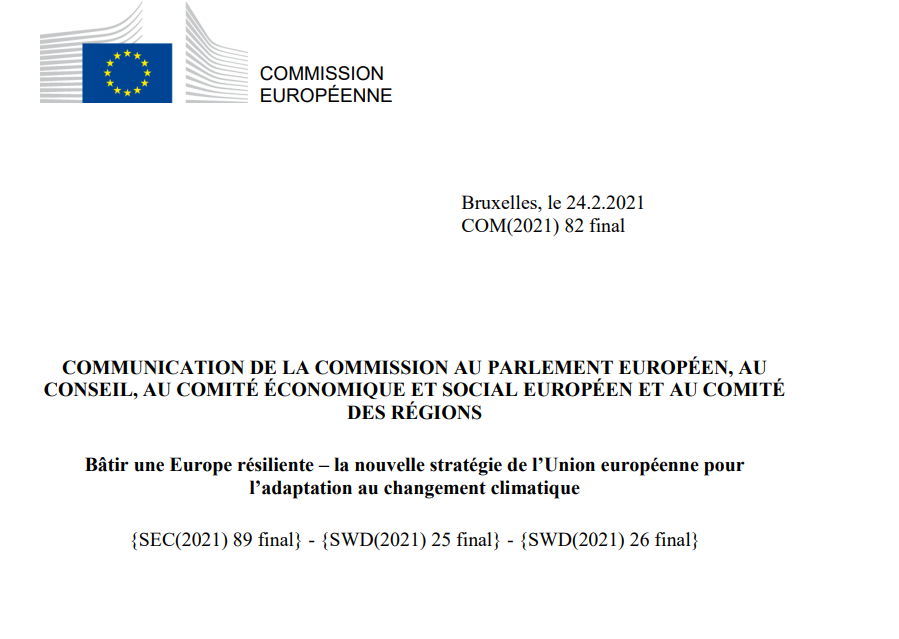 Planification is required to face the challenges of mitigation & adaptation to climate change. Planification is the idea to have a target and define a way to reach this target in a definite future. The level of concreteness of plans is a critical issue. It can be a sum of principles which are not legally nor financially binding. It should integrate the coordination mecanisms and issues between stakeholders to be involved at individual level. The impact of a plan must be observed with care and the implementation should rely on other tools to be effective.

According the institution and its mission these planification tools and documents have different statuses.

The main and highest level "plan" in climat policy is the Paris Agreement who urges countries to keep global warming under a +2°C scenario compared to preindustrial levels.

At the EU level, the European Commission has recently adopted its new adaptation strategy. It targets all sector and is EU wide.

At country and sector level, here wine value chain, the sector e.g. the sum of the actors involved in a value chain can follow the objective of setting up a plan to coordinate their action towards adaptation or mitigation of climate change. In France for instance an adaptation strategy for the wine industry ("Stratégie nationale d'adaptation au changement climatique de la filière vigne & vin") is a work in progress and the research has contributed significantly to this reflection (Stratégie nationale d'adaptation (recherche)).

At regional level there are also planification tools. In France the regions have their "Plan Climat" e.g. Plan Climat (PACA-Fr) who are often principles rather than determined actions, but with a given budget. The Occitanie region has its plan with 200 millions € on 7 years.

At metropolitean or municipality level some tools exist such as in France the Plan climat-air-énergie territorial (PCAET) (e.g. for the PCAET Pic St-Loup) which are oriented towards mitigation mainly.